Col. David “Hack” Hackworth, Founder SFTT. Most valor-decorated US Colonel David “Hack” Hackworth’s career as a sailor, soldier, military correspondent, terrorist expert and champion of those frontline warriors at the “tip of the spear” has spanned nearly a dozen wars and conflicts, from the end of World War II into the 21st century.

He sailed in the merchant marine at age 14 and enlisted in the US Army at 15. Dedicating almost 26 years to the Army, Hack spent over seven years in combat theaters, winning a battlefield commission in Korea to become that war’s youngest Army captain. 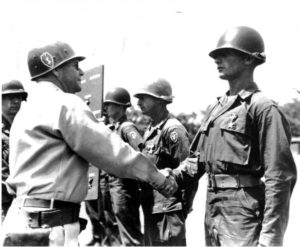 In 1971, after almost five years in Vietnam and the Army’s youngest colonel, Hack spoke out on national television against the war and in support of his platoon: “This is a bad war … it can’t be won we need to get out.”

In that interview, he also said that the North Vietnamese flag would fly over Saigon in four years — a prediction that was realized. As the only senior officer to talk candidly about the Viet Nam war, President Nixon and the Army weren’t happy with his frankness so Hack was court-martialed and moved to Australia for 10 years.

When he returned to the US from Down Under, Hack became a regular guest on national radio and TV shows, and from 1990 to the end of 1996, was Newsweek‘s contributing editor for defense. Besides his Newsweek cover stories and other reporting, his work has been featured in magazines including People, Parade, Men’s Journal, and has also been published in Playboy, Soldier of Fortune, Self and Modern Maturity. His column, Defending America, edited by his wife and soul-mate Eilhys England Hackworth, appeared weekly in newspapers across America. Hack’s insider view of the Pentagon and the military establishment as well as his on-the-ground intel provided by serving warriors from around the globe informed his work and made his point-of-view not only unique but hauntingly truthful.

During Desert Storm, which Hack covered for Newsweek, he was the only correspondent to accurately predict the outcome of the Gulf War. He has won many national and international awards for his Newsweek reporting, including the George Washington Honor Medal for excellence in communications.

An advocate of military reform and a believer that the big fire power — “nuke-the-pukes” — solution will never work doesn’t mean war will go away. Hack predicted that “big and little fights and downright civil wars lie ahead” and “we need military reform.” He believed passionately that “America needs a streamlined, hard hitting force for the 21st century” and beyond. 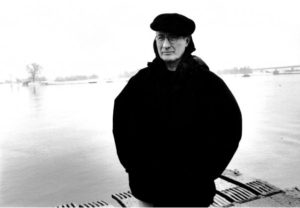 Though a journalist and frequent television contributor, Hack was a warrior-first advocate for the young men and women who have no military representation and are often the first to suffer injury and are, quite often, the first to die. With his many awards, Hack considered the Combat Infantryman Badge and the United Nations Medal for Peace — which he was presented for his anti-nuclear work in Australia — his most significant Honors.

Hack’s books include the international best seller About Face, The Vietnam Primer, Hazardous Duty, The Price of Honor and Steel My Soldiers’ Hearts.

On his deathbed in 2005, Hack asked his wife Eilhys to “carry on the crusade to help the soldiers who suffer most from silent trauma.” Stand for the Troops is a living legacy for Hack’s devotion to the military and the men and women who both served and continue to serve.