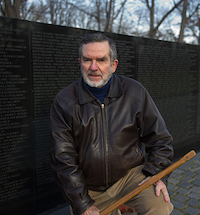 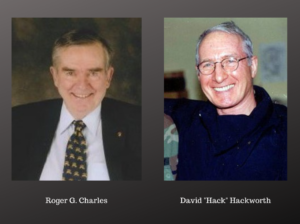 Almost 30 years ago, Colonel David “Hack” Hackworth, America’s most valor-decorated soldier, and journalist Roger Charles formed a lifelong friendship rooted in their individual Vietnam War experiences as well as their shared definition of what it means to serve one’s country, from a military veteran perspective.

Hack was a “maverick,” an officer who came up through the ranks, served in the military for 25 years and received 110 medals for his service. On this the 17th anniversary of his passing, it seemed fitting to reflect on Hack’s career as a journalist and the comradery he shared with Charles, a fellow writer and also a key member of Stand for the Troops, who died on February 17, 2022.

After leaving the military and beginning his transition into civilian life, Hack lay down his weapons and picked up a pen. While in Australia he wrote his first Book, About Face. On his return to the states his career as journalist began for real and his focus was military affairs. It was at this time he became acquainted with Charles, then a retired Marine, Lieutenant Colonel and military journalist.

While they were both service men, their military backgrounds differed. Charles attended the US Naval Academy at Annapolis and was commissioned into the Marine Corps, spending three years in Vietnam. Meanwhile, Hack lied his way both into the merchant marines and into the Army where he earned his commission onto the battlefield. Though their paths were divergent, they led to the same war which shaped both men’s character and vision. Hack and Charles shared an insight and disappointment in the industrial military complex; they also realized there was an absence of military truth-telling in the media. One of the two (Hack) may have told the truth a little louder, but each had a voice that was listened to. And not only did the two “military brass” share a great friendship, but they also held a deep respect for one another.

“I saw while I was on active duty that many of the national media outlets that cover security and defense issues are truly ill-informed about the basic things soldiers need to perform their job properly,” says Charles of his shift to a civilian role as an investigative journalist specializing in a range of national security issues. “This lack of knowledge just destroys any kind of credibility this reporting has for any military audience.” Hack agreed, penning many articles discussing various military-related topics, the shortcomings of the military and the psychological effects of post-traumatic stress disorder, based on his own experiences in overcoming it.

Both men also empathized and resonated with America’s disabled veterans. So, in 1997 with this passion for the American Warrior shared by other like-minded individuals, they formed Soldiers For The Truth Foundation,(SFTT) a non-profit, non-partisan, apolitical, educational foundation whose purpose is meaningful reform of the U.S. defense establishment. Charles served as the editor-in-chief of its newsletter, Voice of the Grunt. Roger remained active on the non-profit’s Board until December 2004, when an ailing Hack asked him to assume the role of Vice Chair, with Hackworth’s wife and co-founder Eilhys England as Chair.

Charles served on Soldiers for the Truth Foundation for nearly 25 years. Working closely with Eilhys England he helped guide SFTT through the transition and rebrand, as the organization became Stand for The Troops; Charles was instrumental in the foundation’s growth.

So today we remember both the passing Hack, one of SFTT’s Founding Members, and we also honor Roger Charles whose passion and light will be sorely missed. And if there’s any reform needed to be accomplished in Heaven, these two will get it done.