GET ME OUTTA HERE! 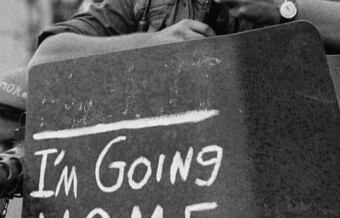 The following quote comes from The Peloponnesian War by Thucydides. I reflected on these words briefly for my friend Peter Meineck, PhD, professor of classics in the modern world at New York University. For SFTT I felt I had to expand it.

“Every man in the army was filled with tears and so disturbed that they found it hard to leave, even from enemy territory, where they had already experienced misery beyond tears, and considering what future pain might lay in store…”

March 7th, 1970 — My combat tour of duty is finally over! On this day, I’m leaving my company in Vietnam. I peek out the screen of my hootch and look for Fritz. He knows I’m heading out of here this morning. ‘Damn… but, no sweat.’ It’s not as hot as usual, but I’m perspiring. Next to my cot I look at my short-timers calendar, where when you have ninety-nine days and counting you can call yourself a double-digit-midget. Most guys would pin a drawing of a naked woman with blocks of descending numbers that zeroed into you know where. Not me, I had a drawing of a jet plane (Freedom Bird), which I now slowly crumble up.

My girlfriend Carole has been my heart, mind and body as a destination this entire year. She’s written to me continually and has been my lifeline to home. Having a generic drawing of a woman seemed silly. Carole would send me the sweetest pictures, with that soft blond hair and sunshine smile. Those pictures along with her love letters always reminded me of her beauty, but also of her amazing light and soul. She’s been a part of me over here.

As I approach the jeep that will run me to the airstrip, where I will fly to Cam Rahn Bay and then home — I start to shake and tremble. My body is speaking up without consulting my mind. ‘What’s going on?’ God damn it, I lived for this day! A couple of close friends fast approach to see me off. ‘Damn, I’m coming apart!’ At this same time the physical structures that had been the company are being roughly dismantled or destroyed; for the company itself is moving to a different location.  What a weird coincidence and backdrop for leaving.

‘Okay, where’s Fritz?’ I look around and I’m glad I don’t see his face. ‘Shit, I hate myself for feeling that.’ We were close and he was reliable and funny. But, in the last month, Fritz slowly lost his mind and became less and less reachable. After yesterday I’m left with my last look at him, which is tragic – he’s broken from within. I tried to joke with him, but he was silent and just nodded a couple times. He’s going home soon, but will, sure as shit, be a shell of himself. ‘Motherfucker! I can’t fix him! Who can!?’ Now, I feel cowardly. 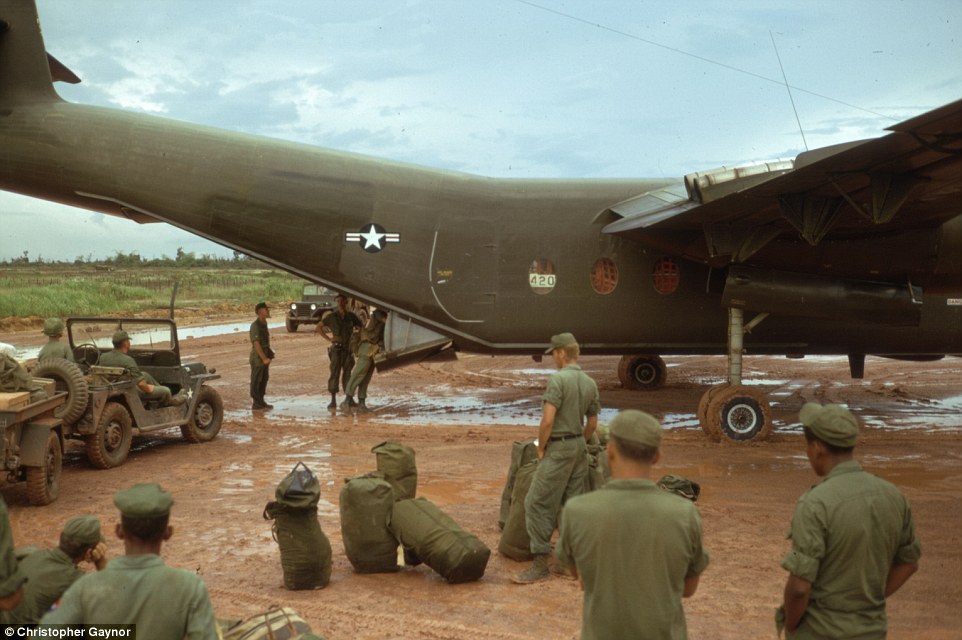 Two of my buddies — salt of the earth guys, reach me as I toss my duffel bag into the jeep. Now my eyes water and they laugh. “Hey, Sarge, you’re going home, Man!” “Yeah, buddy, it’s time to wrestle with your gal Carole and have a cocktail!” With my throat clenched I ask, “Have you guys seen Fritz?” They know what I know and look off, then back at me without expression. Wiping my eyes, “I’ll write to you knuckleheads.” “Yeah, sure.” We laugh briefly, then hug it out heartily as my body relaxes — for now… But in reality, it never will.

So, Carole, picks me up many hours later in Philadelphia in the middle of the night. The dreamed-of reunion celebration I’d lived for is oddly quiet and surreal. With so many longing feelings, none can force their way through the thick veil of numbness that now surrounds me. ‘Oh, God…’ Neither of us know how to process the insane year which just passed. ‘Now what?’

Carole and I would suffer the post war fate of two very young people, whose love had blossomed in innocence, but would be blighted by the event of Vietnam. Throughout the year that followed, we valiantly held onto the idea of the love we’d had. This rocky romance would continue for some time.

I never saw Fritz again. A fact that still haunts me. I didn’t even know his real name. His nickname came from the Robert Crumb comic strip — Fritz, The Cat, which he was obsessed with. I assume he made it home. My guess is that he left a part of himself there in Vietnam – a different kind of injury. A lot of guys did. I did, too.

I’d learn about that and another kind of survival upon returning home. That is, having to ‘consider what future pain might lay in store…’ For me that future pain would become what I call an emotional tumor. It’d hide deep inside my soul, cause problems for me and those around me, and take decades to emerge and finally be dealt with. That’s where Fritz and others, as well as painful memories would reside. Veterans who reach out for the crucial help needed with these emotional tumors are lucky. And by all accounts, they don’t do it alone. If I think I can take on PTS or PTSD by myself, I’m doomed. I’m grateful for all the generous help I’ve received and for whatever help I’ve been able to provide.

Carole and I didn’t make it, but still reside in each other’s hearts. To this day I’m grateful to her for helping me to get outta there and so I dedicate this piece of writing to her. And I still pray for Fritz, wherever he is. 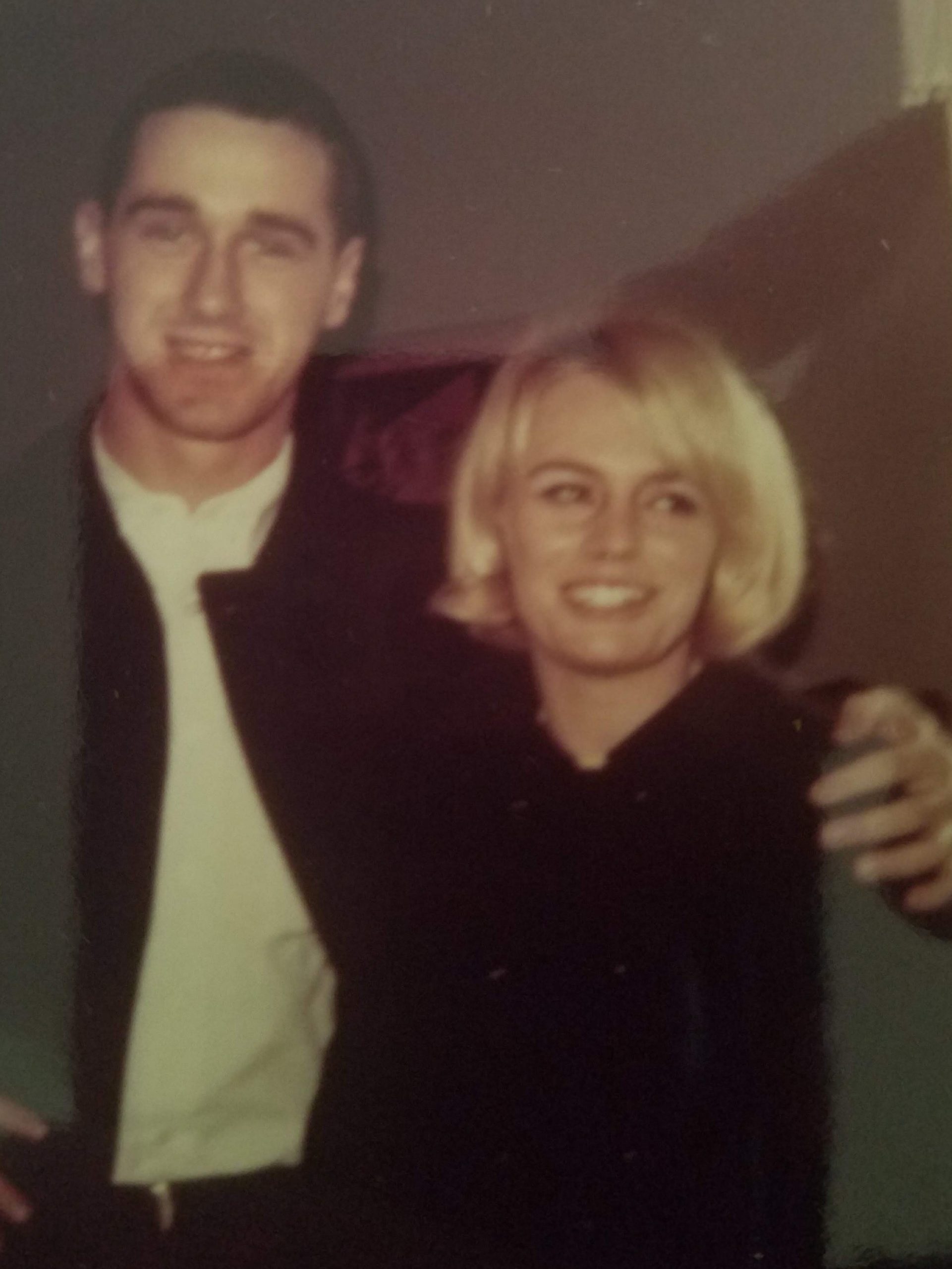 Brian Delate and his girlfriend Carole just before heading to Vietnam