Afghanistan: A Grim Reminder of the Never-Ending War

In yet another grim reminder of the never-ending war in Afghanistan, a U.S. service member was killed in Helmand province this week after his patrol triggered a roadside bomb. The blast also wounded another American and six Afghan soldiers. 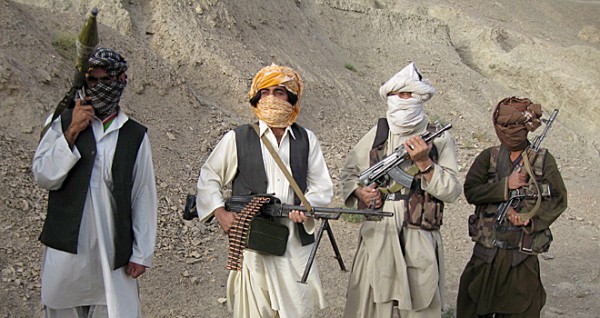 According to a statement released by the NATO-led mission in Afghanistan, U.S. troops were accompanying their Afghan counterparts near the province’s capital of Lashkar Gah when their unit came under attack.

“On behalf of all of U.S. Forces — Afghanistan, as well as Resolute Support, our deepest sympathies go out to the families and friends of those involved,” Gen. John W. Nicholson, commander of U.S. forces in Afghanistan, said in a statement.

Despite repeated promises by President Obama to end the war in Afghanistan, this never-ending war continues to drag on as more servicemen continue to die on foreign soil for reasons that many no longer understand.

Afghanistan has been invaded many times, but only Alexander the Great around 330 B.C. had the common sense to bypass this mountainous tribal region to move on to greener pastures.  Sadly, his intelligence and grasp of tribal realities was not as well understood by British, Russian and our U.S. military and political leaders.

Current estimates suggest that the direct cost of maintaining just under 10,000 troops in Afghanistan is about $20 billion a year.   But with all the subsidies to the corrupt Afghan government, the indirect costs “could easily end up being $3 billion higher and nobody’s going to blink an eye,” according to Doug Ollivant, a senior fellow at the New America Foundation.

For those who grew up during the Vietnam War, it is difficult to fathom how the U.S. can once again be involved in “nation-building” or simply providing security service for a corrupt and self-serving regime that represents few of the values of a democratic society.

While some may construct an argument that our continued presence in Afghanistan serves as a testament to “American resolve,” it is hard to get one’s head around a war that is now almost 14 years old.

Unlike the Vietnam war, sustained troop deployments in Afghanistan, Iraq and other hostile locations in the Middle East seems to be little more than a footnote in this year’s presidential election campaign.

As one who is not privy to the President’s security briefings, it would not be appropriate to second-guess the Commander-in-Chief, but the threats to our national security must be grave if the lives of servicemen (and women) are at risk and we plan to spend $3 billion a year to prop up an ineffective government in Afghanistan.

The deployment of yet another 100 troops to the defense of Lashkar Gah, the capital of embattled Helmand province, is yet another clear sign of instability in the country.  According to Military.com, U.S. Army Brig. Gen. Charles Cleveland, chief spokesman for U.S. commander Army Gen. John Nicolson, the U.S. troops are in a training and advisory role to provide “a new presence to assist the police zone.”

Assuming this is the threat to the stability of the Kabul government, the U.S. “training and advisory” role is likely to continue indefinitely until the U.S. clearly articulates a strategy to either end the war or terminate our presence in Afghanistan.

Continuing to prop up the Afghan police force doesn’t seem to me an appropriate use of our military forces.   The $3 billion allocated to Afghanistan could be used to rebuild our military or help injured Veterans deployed to the Middle East recover their lives.