A Drug to Cure PTSD, Really?

The folks at the Veterans Affairs Administration and the pharmaceutical industry must be drooling over the recent “Opinion” piece by Richard A. Friedman entitled a “A Drug to Cure Fear,” which was published in the New York Times on January, 24th, 2016.   In fact, Dr. Friedman believes a new prescription drug might be useful in helping Veterans with PTSD.

In this “Opinion” article, Dr. Friedman, a professor of clinical psychiatry and the Director of Psychopharmacology clinic at the Weill Cornell Medical College, argues that prescribing a beta-blocker called propranolol may decrease anxiety according to recent tests.  He goes on to assert, “If we could treat our pathological anxiety, why wouldn’t we?”

Interesting choice of words by Dr. Friedman, “. . . why wouldn’t we?”   I much prefer “. . . why shouldn’t we?”   With no disrespect to Dr. Friedman, the cocktail of drugs currently prescribed by the VA to Veterans suffering from PTSD are lethal.   In fact, Veterans provided VA recommended pharmaceuticals have been known to flush them down the toilet because of their physiological and psychological side-effects.   Should we experiment with another prescription drug loosely supported by a limited number of clinical trials that may place the well-being of countless brave young men and women at risk? 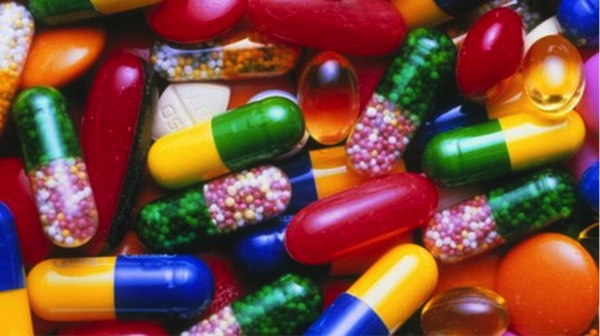 Dr. Friedman concludes by saying “I see nothing wrong with doing all we can to rid ourselves of pathological anxiety, including using drugs to alter our painful emotional memories.”  Really?  With a test lab of several hundred thousand Veterans suffering from PTSD and a drug lobby anxious to promote another “miracle drug” on these brave heroes, Dr. Friedman’s facile recommendation seems self-serving at best.

How effective this new memory-disrupting approach will be in treating more serious anxiety disorders like PTSD or panic is unclear. A few preliminary studies using propranolol in PTSD showed mixed results. Some found no effect, but a 2015 review of PTSD treatment studies published in Biological Psychology found that propranolol administered with six brief trauma reactivation sessions significantly improved PTSD symptoms compared with a placebo.

This is hardly an encouraging list of lengthy clinical studies required by the FDA to approve prescription drugs, but if I read Dr. Friedman correctly, he is suggesting that we give it a go.  Sadly, I wouldn’t be surprised if the VA and Big Pharma will do just that.

Say No to Miracle Drugs to Treat PTSD

Stand for the Troops has long been suspect of using drugs to treat PTSD.  While the use of prescription drugs is certainly necessary in many cases, there is clear evidence that the continued use of prescription drugs to deal with symptoms can lead to addiction and may cause suicide.  In fact, one must question the efficacy of using psychopharmacology drugs that create dependencies and appear to offer no longterm solution.

Indeed, there are many therapies that should be considered before prescription drugs.   Sadly, very few of these programs receive funding from the VA and most rely on efforts by other Veterans supported by the contributions of concerned citizens and local businesses and institutions.

We can do a much better job supporting our brave Veterans, but psychotic drugs that impair or interdict a brain’s normal response doesn’t seem to me to be the right solution.