Like most everyone, the gun control debate is front and center on both sides of the political spectrum.  Sadly, very few – if any – of proposed changes to existing gun control laws would have a major impact on Veteran suicides. 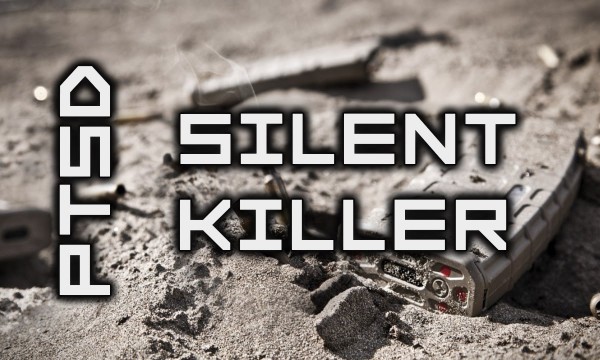 I recently came across an interesting article published in the Washington Post entitled “The reasons we don’t study gun violence the same way we study infections.”    The gist of the article is that well over half (actually 62%) of gun-related deaths in the United States reported by CDC are suicides.  Sadly, very little money is allocated to the study of suicides.  Some of these reasons stem from restrictions on gun research, but a chronic lack of funding suggests that other topics receive the lion’s share of research money.

The article, written by Carolyn Johnson,  states the following:

There are a few reasons for the gun violence research disparity. First, there are legislative restrictions on gun research. For two decades, the Centers for Disease Control and Prevention has been prevented from allocating funding that could be used to advocate for or promote gun control. Although that doesn’t explicitly exclude all research on gun violence, it is said to have had a chilling effect on funding.

Aside from political pressure, there is a more philosophical one in which injuries are treated differently than disease. Injuries are a public health issue, but the debate over gun research often becomes mired in a debate over whether a person who intentionally wants to hurt himself or another person will do so, with or without a firearm. Research is also often driven by where researchers see the biggest scientific opportunity to come up with a cure or therapy, and infections or cancer may simply be easier to study than gun violence using traditional tools.

One of the complications of a study like this is that it uses broad categories to look at spending trends. For example, if the majority of gun violence is suicides, it might make more sense to study suicide, regardless of whether it involves a firearm. But suicide, too, has been chronically underfunded compared with its health burden. The number of deaths annually from breast cancer are now about the same as suicide. But breast cancer research received $699 million in NIH research funding in 2016; suicide and suicide prevention received $73 million.

While it is difficulty to draw too many conclusions from Ms. Johnson’s article, it would appear that cure or therapy-related research “may simply be easier to study than gun violence using traditional tools.”   In other words, simple evidence-based studies seem to attract more funding rather than complex studies, such as suicide prevention.

Using Ms. Johnson’s analysis, it is not surprising that the VA feels more comfortable funding marijuana studies which help Veterans cope with the symptoms of PTSD rather than treat brain injury.  In fact, over the last 15 years, the VA has done little – if anything – to treat Veterans with PTSD.

Citing a National Institute of Health 2014 study of the VA, Maj. Ben Richards points out that despite the most sophisticated therapy provided by the VA the average PCL-M score to assess Post Traumatic Stress has fallen only 5 points.  In fact, PCL-M scores for “treated” Veterans is still well above the 50 benchmark considered adequate by the military.

For more of Maj. Ben Richard’s analysis of the Department of Veteran’s Affairs costly and rather futile effort to help Veterans with PTSD, please CLICK HERE.

While the VA embarks on yet another study to combat the symptoms of PTSD, tens of thousands of needy Veterans are deprived of necessary research to help them reclaim their lives rather than simply cope with their problems.

A well-tested program, Hyperbaric Oxygen therapy (“HBOT”) has allowed Maj. Ben Richards to recover much of his cognitive function.  Yet, Dr. David Cifu and others at the VA still refuse to fund HBOT for Veterans with PTSD.

Veteran suicide rates are currently 22% than the normal population.  Doesn’t it make sense to provide workable therapy programs to Veterans rather than embark yet again on studies that treat symptoms rather than the problem?  Our Veterans deserve much more.