HBOT: A PTSD Therapy for Veterans that Works

HBOT is a proven therapy widely used around the world for patients suffering from brain trauma. Sadly, the folks at the Department of Veterans Affairs (“the VA”) are still peddling the same stale “evidence-based” therapy programs to Veterans that do not work:

As SFFT reported earlier, PE and CPT “have been largely ineffective in reversing brain damage to Veterans suffering from PTSD and TBI. And yet, the spokespeople steadfastly defend these therapies and argue that other therapies ‘lack evidence’ to justify their endorsement, read ‘funding.’”

“The VA has very little evidence to show that PE and CPT therapy programs have done much to reduce the incidence of PTSD symptoms among Veterans against the “gold-standard” standardized PCL-M tests currently used by the VA. The chart below illustrates the point (50 is considered base level):

Aside from being very expensive to administer, the ‘evidence based medicine’ supporting the effectiveness of PE and CPT programs currently administered by the VA is SADLY LACKING.”

It is most interesting to note that the VA has done everything possible to discredit HBOT to promote their own failed therapies.   In many cases it has led to tragic consequences, such as the recent suicide of Eric Bivins.

What Does the VA Have Against HBOT?

It is difficult to understand the VA’s hardline against HBOT, particularly when the overwhelming statistical “evidence” clearly demonstrates that the VA’s own therapy programs are severely flawed.  Furthermore, this is the same institution that hooked Veterans on opioids (and indirectly fueled a national epidemic) based on flawed clinical trials. 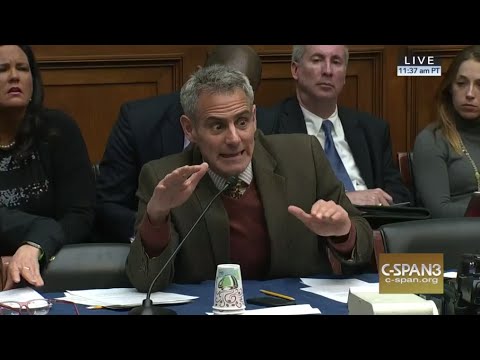 Dr. David Cifu, the Dr. Orange of PTSD at the VA?

How many more times do we have to listen to Dr. David Cifu testify before Congress that he (read “the VA”) knows best when treating Veterans with PTSD?   It is ironic to note that in David Cifu’s quest to discredit hyperbaric oxygen therapy, his employer (Vincent Viola – once tapped to be Secretary of the Army) is alleged to treat his racehorses with HBOT.

Clearly, Vincent Viola knows a bit more about the benefits of HBOT considering that Always Dreaming won the Kentucky Derby this year.

One might ask why thoroughbreds get the benefit HBOT while Veterans are denied HBOT at the VA?  I don’t know the answer, but I suspect that the “serious” money lies in new clinical trials and “breakthrough” drugs peddled by Big Pharma.

Or is it the VA’s special take on insanity?:  Providing Veterans with the same battery of lame therapy programs and psychotic drugs, but hoping for a more positive outcome.”

It is sad to see our Veterans being sold down the river by less-than-candid mouthpieces of a rudderless VA, but the truth is as clear as the Presidential report on Fighting Drug Addiction and Opioid Abuse.  Look no further than the damning statement: “the modern opioid crisis originated within the healthcare system.”

If you think that common sense and a desire to genuinely help our Veterans with PTSD and TBI will manifest itself soon – you are likely to be disappointed.

As they say at the Beltway Racetrack, “the fix is in!”

If you genuinely want to help our brave Veterans, write your Congressmen (and women) and Senators and State and Local representatives.  Also, do take the time to learn the benefits of hyperbaric oxygen and give generously to SFTT and the National Hyperbaric Association to support our brave Veterans.

Veterans Day is more than waving the flag.  Don’t let the festering sore at the VA continue to kill hope among our Veterans and their loved ones.