Found below are few military news items that raised my eyebrows this past week. I am hopeful that the titles and short commentary will encourage some of our readers will click on the embedded links to read more on subjects that interest them.

Drop me an email at info@sftt.org if you believe that there are other subjects I should be following.

VA: Department attorneys, judges sent racist, sexist emails
Two judges and three attorneys for Department of Veterans Affairs who handle appeals of benefits claims were found to have repeatedly sent racist and sexist emails, the department announced Wednesday.  All five worked for the Board of Veterans’ Appeals, where veterans can appeal decisions to deny claims for benefits.  Read more . . .

DOD Tricare ‘reforms’ call for higher retiree fees, co-pays
The Tricare reform packet, defense officials maintain, would simplify insurance options, improve access to managed care, and incentivize greater and more efficient use of military medical staffs and treatment facilities. It also would save Tricare about $1 billion annually, starting in 2018, by raising beneficiary fees and co-pays, particularly for retirees, their family members and their survivors.   Read more . . .

US prepares for the next-generation battlefield
Pentagon officials have started talking openly about using the latest tools of artificial intelligence and machine learning to create robot weapons, “human-machine teams” and enhanced, super-powered soldiers. It may sound like science fiction, but Pentagon officials say they have concluded that such high-tech systems are the best way to combat rapid improvements by the Russian and Chinese militaries.  Read more . . .

New program designed to help veterans transition
Recovery and Reintegration of Veterans program in Ohio. The program will focus on getting veterans with post-traumatic stress disorder or traumatic brain injuries help with employment, a place to live and mental and physical health services.  ViaQuest, a healthcare company that provides services for veterans, home health, hospice and mental and behavioral health, among others, has been helping connect veterans with employment, residential and behavioral health services for years.  Read more . . .

What does a Parrot Know About PTSD?
Veterans, of course, share similar psychological scarring, but whenever I asked any of them how it is that the parrots succeed in connecting where human therapists and fellow group-therapy members can’t, the answer seemed to lie precisely in the fact that parrots are alien intelligences: parallel, analogously wounded minds that know and feel pain deeply and yet at a level liberatingly beyond the prescriptive confines of human language and prejudices.  Read more . . . 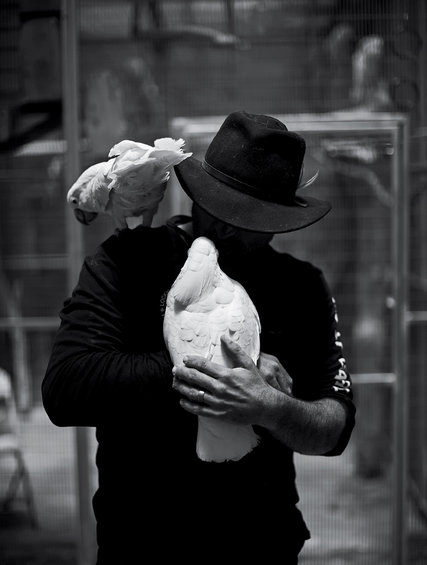 More PTSD among homeless vets
The good news: Fewer veterans of the wars in Iraq and Afghanistan are homeless than their counterparts of previous eras — about 1.97 percent in their cadre, compared with 2.63 percent in the older groups, according to the Department of Veterans Affairs (VA). The bad news: Two-thirds of homeless Iraq and Afghanistan veterans in one major sample had post-traumatic stress disorder (PTSD) — a much higher rate than in earlier cohorts of homeless veterans, who have PTSD rates between 8 percent and 13 percent, according to a study in press in the journal Administration and Policy in Mental Health and Mental Health Services Research.  Read more . . .