Turkey Releases Secret Sites of US Troops in Syria
In the latest display of Turkish anger at U.S. policy in Syria, the state news agency has divulged the locations of 10 U.S. military bases and outposts in northern Syria where the U.S. is leading an operation to destroy the so-called Islamic State in its self-styled capital of Raqqa. The list published by the Anadolu news agency points to a U.S. presence from one end to the other of the Kurdish self-administration region—a distance of more than 200 miles. The Anadolu news agency even listed the number of U.S. troops in several locations and in two instances stipulated the presence of French special forces.  Read more . . .

South Korea Proposes Military Talks with the North
South Korea on Monday proposed holding military and humanitarian talks with North Korea, its first visible split with the Trump administration, which has said it will deal with North Korea’s continued missile tests by stepping up sanctions and military pressure on the country. If the talks take place, they will be the first military-to-military dialogue since 2014. It is an attempt to ease tensions along a heavily armed border, and perhaps to arrange the resumption of reunions of families divided decades ago by the Korean War. But North Korea did not immediately respond, and such conversations have a dismal history since military officials on both sides are usually not empowered to negotiate significant agreements.  Read more . . .

French Military Chief Resigns Over Defense Cuts
A public fight between President Emmanuel Macron and France’s chief military officer over proposed cuts in military spending led Wednesday to the first high-profile resignation of a public servant since Mr. Macron was elected in May. In an unusual move, the military chief, Gen. Pierre de Villiers, offered his resignation after Mr. Macron said publicly that he would be the one to determine military policy and implicitly criticized General de Villiers for questioning the government’s proposed budget cuts. The president’s seemingly unshakable confidence in his judgment, and his reluctance to brook any dissent, could signal potential difficulties ahead as Mr. Macron tries to shrink government spending.  Read more . . .

Major IT Contract at Department of Veterans Affairs in Danger of “Catastrophic Failure”
Internal documents obtained by the American-Statesman show that last year, even as government overseers were taking the VA to task for failures in other high-profile IT projects, VA officials worried that the department’s $543 million contract with Hewlett-Packard Enterprise Services to implement a real-time locating system, or RTLS, was careening off the rails. The system, which consists of tagging and wirelessly tracking everything from catheters to hospital beds, has been hailed as a way to potentially save millions of dollars in lost or misplaced equipment.  Read more . . . 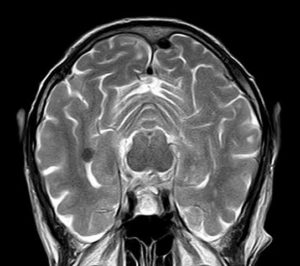 New PTSD Study Points Way to Future Treatment
A study of post-traumatic stress disorder (PTSD)—conducted by the VA National Center for PTSD (NCPTSD), National PTSD Brain Bank, and Yale University—has identified a new potential mechanism contributing to the biology of the disorder that may be targeted by future treatments.  The study, led by NCPTSD and Yale psychiatrist Irina Esterlis, is the first to implicate a specific alteration in brain glutamate signaling in PTSD. Glutamate is a chemical messenger of brain signals, and alterations in glutamate levels in PTSD were described previously. The new study reports that positron emission tomography (PET) scans show increased levels of a subtype of glutamate receptor in the brain, metabotropic glutamate receptor-5 (mGluR5), in patients with PTSD. In animals, overstimulation of mGluR5 is associated with fear and stress-related behaviors; drugs that reduce mGluR5 function may reduce these symptoms. Thus, the current study may have implications for the treatment of PTSD, said the researchers.  Read more . . .

Welsh Study on Treating PTSD
Funded by the Forces in Mind Trust (FiMT) and supported by Health and Care Research Wales, the study is seeking to help veterans who have not responded to current PTSD treatments. The two-year study is investigating the effectiveness of a new therapy known as 3MDR, where patients walk on a treadmill whilst interacting with a series of self-selected images that are related to their trauma, and displayed on a large screen. The aim of this therapy is to help patients learn how to move through their avoidance by, literally, approaching their traumatic memories.   Read more . . .