What do NFL and Military Helmets Have In Common?: Not Much!

Like many, I am moved by the tributes paid to military Veterans and active service members at NFL games.  Nevertheless, both the NFL and the military have come under sharp criticism regarding the number brain injuries suffered on both the playing field and battlefield. 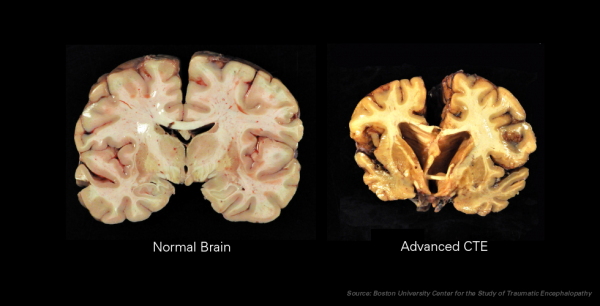 Both the NFL and military have stonewalled the problem for many years, but it now appears that the NFL is taking action to introduce a “safer” helmet in the hope that they can reduce concussions and permanent brain injuries for professional athletes. Hopefully, better protective gear will work its way through college and high school football programs.

The Vicis Zero1 helmet has now been purchased by 25 NFL teams and will be introduced during the 2017 season. According to initial press releases:

In testing against 33 other helmets to measure which best reduces the severity of impact to the head, the Vicis ZERO1 finished first. Included in the study were helmets from Schutt and Riddell, which currently account for approximately 90 percent of helmet sales.

Vicis was founded by neurosurgeon Sam Browd and Dave Marver, former CEO of the Cardiac Science Corporation, with the goal of reducing the high rate of concussions in football. While it would take years of play and further studies to conclusively prove that they’ve been successful, the studies show that they’re on their way to making an impact.

Found below is a video explaining how this helmet helps provide additional protection to football professionals:

While the safety requirements for battlefield and football helmets differ significantly, it does appear that the NFL has acted a lot quicker than the military to protect its professionals.

Reducing brain injuries at their point of origin is far preferable to treating neurological damage to sensitive brain cells in the aftermath.

The US Army – and other DoD components – have long been aware that current helmets offer battlefield personnel little protection against IED devices typically found in Afghanistan and in the Middle East.  Indeed, SFTT has been reporting on various studies by the military embedding sensors into military helmets.

According to my calculation, the US Army has over 10 years of sensor data to draw on.  Surely, this is sufficient to draw some conclusions and develop a better-designed helmet capable of providing additional protection against concussive brain injury.

While the military continues to “study” the issue, it is encouraging to see the NFL to take action.  Frankly, I don’t buy the NFL sales pitch that the league rushed in to protect the health and safety of its players.  If true, they would have done so long ago when the NFL first started studying brain injuries.

As the New York Times reported earlier, the NFL leadership buried extensive “concussion” evidence collected between 1996 and 2001 to deflect potential claims by former NFL players who had suffered brain damage.

As we have seen in the case of body armor,  DoD leadership and the NFL have much in common:  a strong propensity to hide the facts from their employees and the public at large.

While one can find many faults in the way the NFL leadership has acted “to protect the safety of its players” and the integrity of their franchise, NFL teams are now treating brain injuries far more seriously than the DoD.

In addition to helmets, several NFL teams are now treating players with suspected brain injury with hyperbaric oxygen therapy (HBOT).    Sadly, the Department of Veterans Affairs continues to block the use of HBOT in treating Veterans with PTSD and TBI.

Could it be that DoD personnel charged with evaluating HBOT therapy failed to employ the proper protocols in 2010 clinical testing procedures?  If so, why?

SFTT remains hopeful that both the VA and the DoD will act quickly to introduce helmets that afford more protection to battlefield personnel and approve HBOT as an acceptable treatment procedure for PTSD and TBI.