Russia Shows Off Naval Strength in Protest of US Military Exercise with Georgia
US Vice-President Mike Pence will visit this week and is expected to back the plan, which Russia strongly opposes. Georgia and Russia have had fractious relations over two breakaway republics and fought a brief war in 2008. Russia staged its own show of force on Sunday with President Putin joining a naval display in St Petersburg. The US-Georgia military drills, dubbed Noble Partner, involve some 1,600 US and 800 Georgian troops. The US has also deployed M1A2 Abrams main battle tanks and M2 Bradley infantry vehicles for the exercises, which will go on until 12 August.  Read more . . 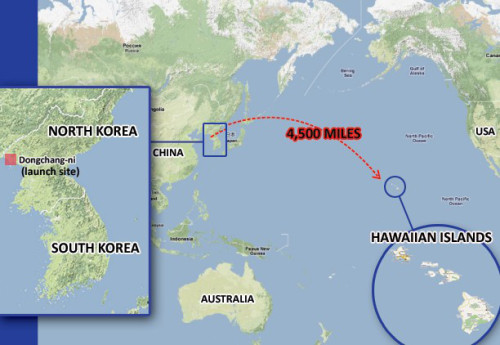 China Bets the House on US Response toward North Korea
China is betting that U.S. President Donald Trump won’t make good on his threats of a military strike against North Korea, with Beijing continuing to provide a lifeline to Kim Jong Un’s regime. Secretary of State Rex Tillerson singled out China and Russia as “economic enablers” of North Korea after Kim on Friday test-fired an intercontinental ballistic missile for the second time in a matter of weeks. While Tillerson said the U.S. wants a peaceful resolution to the tensions, the top American general called his South Korean counterpart after the launch to discuss a potential military response.  Read more . . .

The “Noise of War Under” Scrutiny by U.S. Military
U.S. military units have long used technology like night vision goggles to enhance their sense of sight. Now they’re trying to get a battlefield edge with their ears, too. The Marine Corps is experimenting with quieted-down weapons and electronic hearing enhancements that could reshape the soundscape of warfare. They want to minimize some sounds and amplify others to get more control over what they and their enemies hear. About 2,000 Marines have been testing carbines fitted with sound suppressors. The devices have long been used by special operations units, and the Marines want to expand their use into the mainstream infantry.  Read more . . .

Fresh Ideas Needed in Afghanistan?
President Trump is frustrated about the lack of progress in Afghanistan and seems to be skeptical about his military advisors’ proposal for the deployment of up to another 4,000 U.S. trainers, advisors and counter-terrorism forces to join the 8,500 now stationed there. “We’ve been there for now close to 17 years, and I want to find out why we’ve been there for 17 years, how it’s going, and what we should do in terms of additional ideas,” he told reporters recently.  Read more . . .

House of Representatives Votes Unanimously to Support Veteran Choice Program
The House overwhelmingly approved a $3.9 billion emergency spending package to address a budget shortfall at the Department of Veterans Affairs that threatens medical care for thousands of veterans. The bill provides $2.1 billion to continue funding the Veterans Choice program, which allows veterans to receive private medical care at government expense. Another $1.8 billion would go to core VA health programs, including 28 leases for new VA medical facilities. The bill was approved 414-0 Friday and now goes to the Senate.  Read more . . .

PTSD Disability Claims Triple in Last Decade
More than one in five veterans receiving federal disability payouts suffers from post-traumatic stress disorder, a figure that has spiked in the last decade. Veterans Affairs officials told lawmakers Tuesday that the number of disability cases related to PTSD has nearly tripled in that time, from around 345,000 cases in fiscal 2008 to more than 940,000 cases today. Service-connected PTSD payouts now make up 22 percent of all veterans receiving compensation benefits from the department. That includes all age groups, not just veterans from the recent wars. But lawmakers still worry that current VA rules may still be excluding thousands more veterans eligible for the disability payouts, which are tied to injuries suffered during military service.  Read more . . .