North Korean Defector Warns of “Massive” Military Counterstrike
North Korean military officers have been trained to trigger a devastating counterstrike if their country is attacked by the United States, according to a high-profile defector. Former North Korean diplomat Thae Yong Ho’s comments to U.S. lawmakers suggest that military action on the Korean peninsula — a course of action repeatedly raised by President Donald Trump — would almost certainly result in a catastrophic number of civilian casualties. “North Korean officers are trained to press the button without any further instructions from the general command if something happens on their side,” Thae said Wednesday. “So if there is any sound of fire or bombs or strikes from Americans, the [North Korean] artillery and short-range missiles will fire against South Korea.”  Read more . . . 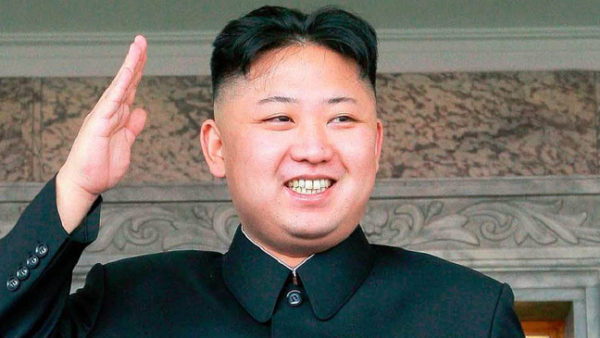 First U.S. Airstrikes Reported Against ISIS in Somalia
The U.S. military for the first time has conducted two airstrikes against Islamic State group fighters in Somalia, where the group is a growing presence in a country long threatened by the al-Qaeda-linked extremist group al-Shabab. The U.S. Africa Command said the two drone strikes killed “several terrorists” in northeastern Somalia, with the first around midnight local time and the second later Friday morning. The U.S. said the strikes were carried out in coordination with Somalia’s government.   Read more . . .

Syria Claims that Last ISIS Outpost in Syria Falls
The Syrian government declared victory over Islamic State in the eastern city of Deir al-Zor on Friday, a big blow to the jihadists as their last stronghold in Syria crumbles. Deir al-Zor, on the west bank of the Euphrates River, is the largest and most important city in eastern Syria, and is the center of the country’s oil production. “The armed forces, in cooperation with allied forces, liberated the city of Deir al-Zor completely from the clutches of the Daesh terrorist organization,” the military source said, using an Arabic acronym for Islamic State.  Read more . . .

VA Plea for New Drugs to Treat PTSD
Reported cases of post-traumatic stress disorder are increasing, and trends indicate that growth will continue as more military men and women return from overseas service. But treatment help doesn’t appear to be coming quickly. So far in 2017, six dermatology drugs have been approved by the Food and Drug Administration, but no drug has been approved for treatment of PTSD since 2001. At this point, two drugs — Paxil and Zoloft — have been given FDA approval for PTSD. The Department of Veterans Affairs created a PTSD Psychopharmacology Working Group, which has issued an urgent plea for the development and approval of new drugs for PTSD as part of a national mental health priority.  Read more . . .

Ecstasy in the Loop to Treat PTSD?
In July, the Food and Drug Administration took the important step of approving two final-phase clinical trials to determine whether a party drug that has long been on the Drug Enforcement Administration’s Schedule I list of banned substances could be used to treat a psychiatric condition that afflicts millions. The drug is MDMA, a psychedelic commonly known as Ecstasy, previously deemed to have “no currently accepted medical use.” The trials aim to determine whether the drug is, as earlier trials have suggested, a safe and effective treatment for post-traumatic stress disorder, when combined with psychotherapy.  Read more . . .

Eye Movement Desensitization Reduces PTSD
In a meta-analysis of clinical trials published in PLoS One, eye movement desensitization and reprocessing was shown to reduce the symptoms of posttraumatic stress disorder (PTSD), with a longer duration of treatment correlating with better outcomes. The study authors evaluated 26 randomized controlled trials that evaluated the use of eye movement desensitization and reprocessing in patients with PTSD. Outcomes included the effects of treatment on PTSD symptoms, depression, anxiety, and subjective distress.  Read more . . .