Theater Saves Lives for Military Veterans
For military veterans, theatre has the potential to be much more than just a pastime or a profession, it can help heal, and even save lives. Acting, Victor Almanzar says, has saved his life on more than one occasion. He gravitated towards the drama program at his high school, and later found a sense of belonging with a local theatre group. In 2000, Almanzar signed up for the Marines to work with heavy artillery—handling shells that were two-feet tall and weighed about 100 pounds each. Serving was tough, both physically and emotionally, but he was thriving. “I was able to swing in those waters, amongst men,” he says. “It gave me a sense of importance and confidence.”    Read more . . . 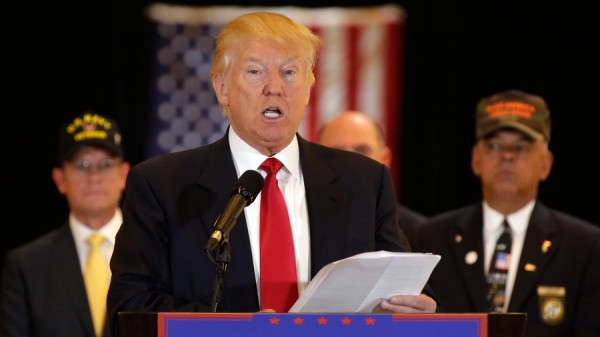 President Trump’s Military Problem
Despite the historically isolationist “America First” theme, President Trump is sticking to his campaign position that the U.S. military has become “depleted,” “obsolete” and too small to protect U.S. interests. The president is planning a “historic” military build-up, adding 80 more Navy ships, 100 more Air Force combat aircraft, and substantially enlarged Army and Marine forces. The price tag, in the hundreds of billions of dollars, may not go down well with the House Freedom Caucus. But squeezing a few hundred billion dollars out of the deficit hawks may prove easier for Defense Secretary James Mattis than dealing with the human side of the build-up.  Read more . . .

One Person’s Argument to Reinstate the Draft
Our military loses the value of our service, the investment of our families and even social relevance. We ourselves lose the chance to perform one of the highest acts of patriotism and the chance to share the experience of that service with others of our generation. More importantly, the military feels alien to us, irrelevant and unimportant. Disastrously, we have ceded all authority and accountability over it. In light of these problems, and in the spirit of civic engagement, I propose we reinstitute the draft.  Read more . . .

Status of VA Disability Claims Backlog
Officials from the Veterans Affairs Department were pressed Tuesday to explain how the paperless fix to the disability claims process has initially resulted in growing backlogs. The claims backlog stood at about 76,000 last May before the VA solution called the National Work Queue was fully implemented, but the backlog last week was at 101,000 cases, said Rep. Mike Bost, an Illinois Republican and chairman of the House Veterans Affairs Subcommittee on Disability Assistance and Memorial Affairs. At a hearing of the panel, Ronald S. Burke Jr., the VA assistant deputy secretary for Field Operations National Work Queue, didn’t dispute Bost’s numbers but said one of the problems is that “this is a relatively new initiative.”  Read more . . .

List of U.S. States that Permit Marijuana for PTSD
More than 20 states — plus Washington, D.C., and two U.S. territories — have an allowance for medical marijuana to be used in treating PTSD. Efforts are underway to add Colorado to that list this year. The state has not amended its list of qualifying conditions since the program was implemented in 2001, and over the years has rejected petitions that sought to include post-traumatic stress disorder — most recently in 2015. The Colorado Board of Health cited a lack of credible scientific evidence.  Read more . . .