New U.S. Commander in Afghanistan
After 18 months in command during a period of military and political conflict, General Campbell handed off on Wednesday to Gen. John W. Nicholson Jr. of the United States Army. The new commander, who leads a force of about 13,000, will oversee NATO’s reduced mission of training and assisting the Afghan forces at a time when the Taliban insurgency has spread wider than at any point since the group was removed from power in 2001.  Read more . . . 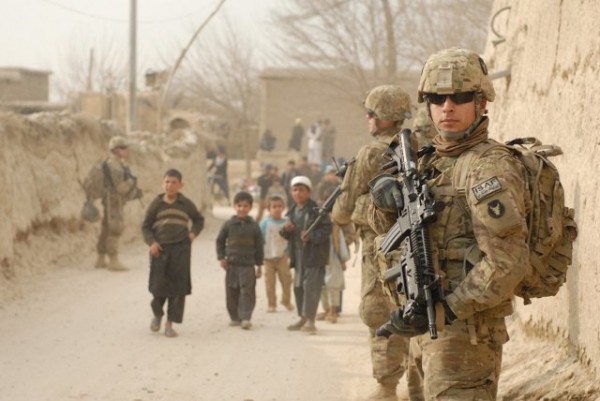 DoD buys Faulty Drones that Failed Testing
U.S. Special Operations Command bought dozens of hand-launched drones that failed military tests and may not be able to meet mission requirements in the harsh environments they were designed for, according to a newly released report from the Defense Department’s inspector general.  Read more . . .

Donald Trump Adviser Signals Change to Veteran Health Benefits
Donald Trump says the Department of Veterans Affairs’ health-care system is badly broken, and this week his campaign released some guidelines that would steer changes he would implement if he wins the presidency.  While short on details, the presumptive GOP presidential nominee would likely push VA health care toward privatization and might move for it to become more of an insurance provider like Medicare rather than an integrated hospital system, said Sam Clovis, Mr. Trump’s chief policy adviser, in an interview.  Read more . . .

Veteran EMT Support Act Passes Congress
Today (May 12), the U.S. House of Representatives passed H.R. 1818, the Veterans EMT Support Act, by a vote of 415 to 1. The legislation assists military medic veterans to efficiently transition their military medical training into the civilian workforce and addresses the shortage of emergency medical technicians in states.  This has been a key legislative priority of the National Association of Emergency Medical Technicians (NAEMT), as well as other national and state EMS organizations. H.R. 1818 directs the Department of Health and Human Services to establish a demonstration program for states with a shortage of emergency medical technicians to develop a streamlined transition program for trained military medics to meet state EMT licensure requirements.   Read more . . .

A Brief History of Opioid Abuse:  Courtesy of CNN
The abuse of opioids, including prescription painkillers and drugs like heroin, is something the United States has struggled with since before the 1900s. But it’s a problem that keeps coming back.  Now, federal agencies are trying to tackle the problem in different ways. The Centers for Disease Control and Prevention recently issued guidelines for prescribing opioids for chronic pain, part of an effort to push doctors to prescribe pain medications responsibly. The U.S. Food and Drug Administration announced that immediate-release opioid painkillers such as oxycodone and fentanyl will now have to carry a “black box” warning about the risk of abuse, addiction, overdose and death.   Read more . . .


Memory Manipulation to Treat PTSD?
Imagine if memory could be tuned in such a way where good memories are enhanced for those suffering from dementia or bad memories are wiped away for individuals with post-traumatic stress disorder. A Stony Brook University research team has taken a step toward the possibility of tuning the strength of memory by manipulating one of the brain’s natural mechanisms for signaling involved in memory, a neurotransmitter called acetylcholine. Their findings are published in the journal Neuron.   Read more . . .

If you want to support our brave Veterans reclaim their lives, do consider a donation to SFTT.