Putin:  Russia Wants to Strengthen Its Nuclear Arsenal
Russia’s military today can overpower any potential foe but should strengthen its nuclear arsenal, President Vladimir Putin told an annual end-of-year meeting Thursday with defense chiefs. “We can say with certainty: We are stronger now than any potential aggressor,” he told the meeting. “Anyone!” His comments come at the end of a year when tensions between Russia and the West have remained on edge over the civil war in Syria.  Read more . . . 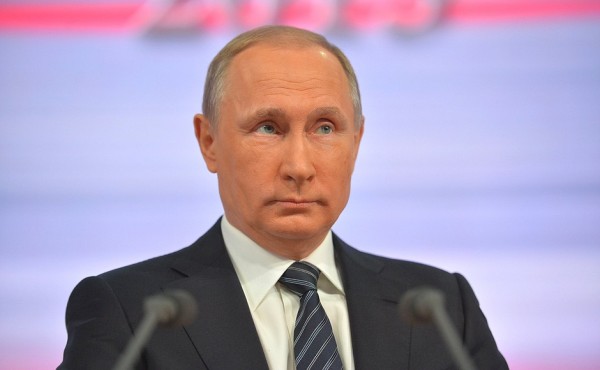 Hacking of DNC Tied to Russian Military Intelligence Unit
A hacking group tied to the incursion on the Democratic National Committee has been linked to Russian military intelligence, according to a new report by the cybersecurity firm CrowdStrike. This finding is just the latest indication the Russian government was directly involved in the hack, which led to the release of thousands of emails among Democratic officials. That assessment has been echoed by the US intelligence community. Last week, a US official told CNN the intelligence community assessed the hack could only have been carried out with the involvement of the “highest levels of government, including (President Vladimir Putin) himself.”  Read more . . .

Veterans Face Uphill Battle for College Credits for Military Service
Steve Mayou was dumbfounded when he was told he’d have to take courses in introductory physics and basic math on his path to a bachelor’s degree in sustainable building science and technology. Over a 14-year career in the Navy, Mayou had already worked as a nuclear reactor operator on three submarines. Yet just about the only thing his college offered in exchange for that experience was one credit for physical education. “Not only did I do a physics class as part of my training, I had the ultimate lab,” he said, the anger still evident in his voice. “I was splitting atoms every day.”  Read more . . .

U.S.A. Sidelined as Russia, Turkey and Iraq Plot Syria’s Fate
The U.S. was reduced to the role of concerned bystander Tuesday as NATO-ally Turkey met in Moscow with Iran and Russia to plot Syria’s fate following the fall of Aleppo and the assassination of Russia’s ambassador to Turkey.  “We weren’t invited,” State Department spokesman John Kirby said of the Moscow meeting of foreign ministers, but Secretary of State John Kerry made follow-up phone calls to his Russian and Turkish counterparts for readouts of what was discussed.  Read more . . .

Veterans with PTSD Turn to Yoga to Combat Stress
An estimated 8 million people in the United States suffer from PTSD, post-traumatic stress disorder. In Indiana, as many as 50,000 Hoosier veterans could be dealing with it. But a new program is exploring a novel treatment, yoga. U.S. Navy veteran Larry Dodd has had multiple surgeries.  He deals with poor circulation; he’s a recovering alcoholic; and he and his wife are raising their two young grandchildren because his son is dealing with addiction.  Read more . . .

PTSD Research Highlights Early Intervention Strategy
Intrusive memories of a traumatic event and the associated physiological reactions to those memories in the acute period after the event appear to play a central role in the development of post traumatic stress disorder, suggests findings published in JAMA Psychiatry.   Read more . . .

Overhaul of VA Key to President-Elect Trump’s Pick for Secretary
President-elect Donald Trump may be preparing to ring in the drastic shakeup of the Department of Veterans Affairs he promised during his campaign for president.The incoming president is “not inclined” to keep the department’s current secretary Bob McDonald in his administration, a senior transition official told CNN on Monday. Instead, Trump is considering several potential successors who would align more with the sweeping VA overhaul Trump championed on the campaign trail as he railed against what he called the “most corrupt” and “most incompetently run agency in the United States.”  Read more . . .