The Department of Veterans Affairs (“the VA”) recently released a report showing state-by-state disparities in suicide rates among Veterans.  Sadly, the data tracks Veteran suicides rates through 2014 leaving a significant time gap in determining whether the trend in 20+ veteran suicides a day is improving. 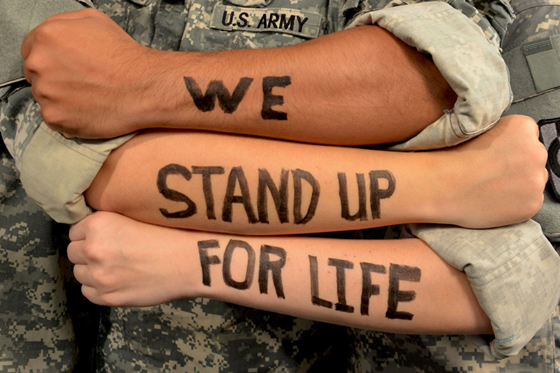 The news media has been quick to seize on some of the notable anomalies in the data, some of which is highlighted below from PBS news:

It is difficult to generalize from this somewhat dated report other than to say that Veteran suicide rates are considerably higher than the national average.

Furthermore, it would appear that the VA’s propensity to dispense potent prescription drugs – primarily opioids – may have contributed to high suicide rates among Veterans.

For instance, the New York Times recently reported that insurance companies may need to shoulder part of the blame for opioid abuse.  Why?

“Drugmakers, pharmaceutical distributors, pharmacies and doctors have come under intense scrutiny in recent years, but the role that insurers — and the pharmacy benefit managers that run their drug plans — have played in the opioid crisis has received less attention. “

Nevertheless, some institutions took measures far earlier to stem addictive drug treatment.   For instance, Mother Jones reports that: “Partnership HealthPlan, the main public insurance provider for Medi-Cal patients in rural Northern California, discovered an alarming trend: Many counties where Partnership operated had among the highest rates of opioid prescribing and overdose in the state. Hydro­codone was the top-prescribed medication among Partnership patients, who include more than 570,000 Medi-Cal recipients from the vineyards of Sonoma County to the redwoods on the Oregon border. In Lake County, a poor, rural area bordering Sonoma, enough opioid painkillers were prescribed in 2013 to medicate every man, woman, and child with opioids for five months, according to a report by the California Health Care Foundation.”

Unfortunately, the VA is largely unaccountable to anyone and Veterans have few affordable choices other than to rely on treatment options provided by the VA.  With a dismal track record in providing treatment for Veterans with PTSD, it is hard to see how any meaningful progress will be made by the VA in curbing VA suicides.

More disturbing is the thought that Veterans with PTSD incurred from the Gulf Wars and continued deployments in Afghanistan and Iraq will soon be approaching their 50th birthday.   If the VA statistics are credible that “65% of Veteran suicides are over the age of 50,” then we may actually see an uptick in suicide rates among Veterans.

Despite repeated assurances to Congressional Committees, Dr. David Cifu and his cronies at the VA don’t have a clue on how to treat PTSD.   Cocktails of lethal prescription drugs are clearly not the answer, but the VA’s blind insistence that Cognitive Behavioral Therapy and Prolonged Exposure Therapy are the only effective treatment programs is simply ludicrous.

Whatever the reasons, Veterans with PTSD and TBI may not really have a viable financial alternative outside the treatment barriers currently erected by the VA.

Even though the information is dated, the VA has done a good job illustrating the extent of the problem.  While one can draw many inferences from the data, it would be totally wrong to suggest that the VA has a handle on the problem and absurd to think that they have answers!

No wonder Veterans with PTSD and TBI have lost faith in the VA.