Killer Robots Will Not Be Drafted According to Secretary of Defense
Carter, who this week made a trip to the tech cities of San Francisco and Austin, has been an advocate of high-tech weapon systems as a way to counter the growing military threat posed by Russia and China. These include cyber and smart weapon systems that use artificial intelligence. “Whenever it comes to the application of force, there will never be true autonomy, because there’ll be human beings (to make decisions),” the DoD Secretary told reporters traveling with him during the trip.  Read more . . . 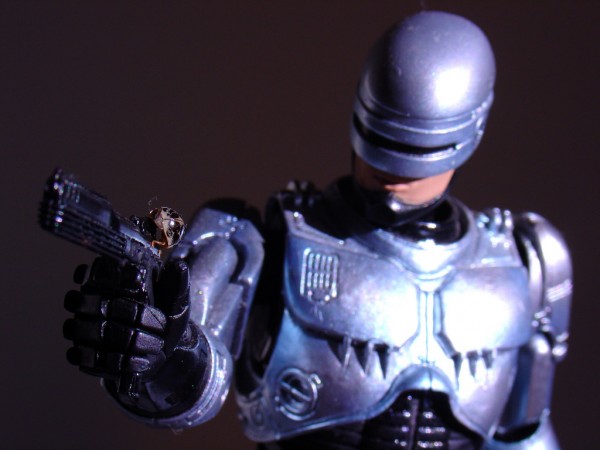 Military Hospitals Take Back Unused Drugs
Military families, troops and retirees now can return unused medication to pharmacies at military treatment facilities as part of a new drug take-back effort. Those items are then mailed to a contracted collection site and destroyed, usually by burning, according to the Drug Enforcement Agency. Military family advocates say the change gives military users an easy way to get rid of unwanted medication or controlled substances so that they can’t be abused or potentially harm the environment.  Read more . . .

Presidential Veto on Military Spending Bill?
As President Obama is threatening to veto a bill to increase military spending, his top military chiefs told Congress the president has never personally discussed the matter with them. The military service chiefs, whose primary job is to oversee the training and equipping of the America’s armed forces, uniformly described a looming crisis in combat readiness over the next five years, if mandatory spending caps known as sequestration remain in place, in testimony Thursday. When questioned by Sen. Lindsey Graham, R-S.C., the four-star officers who head the Army, Navy, Marine Corps and Air Force all replied that they had no personal conversations with the president about the problems they described in great detail to the Senate Armed Services Committee keeping front line forces ready for war.  Read more . . .

Obesity Problem in the U.S. Military
For the first time in years, the Pentagon has disclosed data indicating the number of troops its deems overweight, raising big questions about the health, fitness and readiness of today’s force. About 7.8 percent of the military — roughly one in every 13 troops — is clinically overweight, defined by a body mass-index greater than 25. This rate has crept upward since 2001, when it was just 1.6 percent, or one in 60, according to Defense Department data obtained by Military Times. And it’s highest among women, blacks, Hispanics and older service members.  Read more . . . 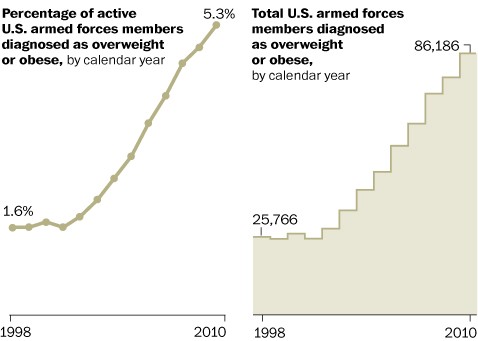 9/11 Terrorism Impacts Mental Illness Far Beyond U.S. Borders
Acts of terrorism have a much wider psychological impact than typically assumed, reaching across borders and spreading fear among populations thousands of miles removed from the actual targets. This is the conclusion of a recent population-wide study from Denmark, which demonstrates a “significant and immediate” spike in the diagnosis of trauma and stressor related disorders (e.g. adjustment disorders or posttraumatic stress disorder) in Denmark in the weeks and months after the traumatic events of September 11, 2001, even though the Nordic country was not directly impacted by the attacks.  Read more . .

China in a Bind Over North Korea
China is in a bind over what to do about North Korea’s stepped-up nuclear and missile tests, even though it is annoyed with its ally and has started talks with other U.N. Security Council members on a new sanctions resolution against Pyongyang. China shares a long land border with North Korea and is seen as the only country with real power to bring about change in the isolated and belligerent nation. However, Beijing fears strengthening sanctions could lead to collapse in North Korea, and it also believes the United States and its ally South Korea share responsibility for growing tensions in the region.  Read more . .