The VA and Opioids: Finger-pointing Begins

SFTT has been reporting for a number of years the abuse at the Department of Veterans Affairs (“the VA”) for prescribing addictive prescription drugs to Veterans suffering from PTSD and TBI.

Despite repeated messaging by VA officials that it applies “science-based evidence” to prescribe treatment for Veterans, it would appear that the VA has been sadly duped into believing that painkilling opioids is a “science-based” solution to treat Veterans with PTSD.

The Washington Post reports tonight (Oct 15, 2017), that 60 Minutes will provide an expose on how the drug industry triumphed over the DEA.   While I have no idea how CBS will spin the narrative,  it has been evident for many years that the pharmaceutical industry “owned” Congress and government authorities who “regulated” their business practices. 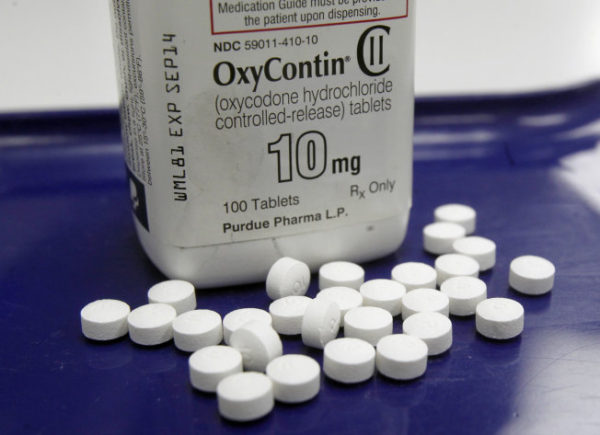 The fact that we have an opioid epidemic in the United States should be of no surprise to anyone who has watched this tragedy unfold.    What is a surprise, is that the same groups who enabled this tragedy are now sounding the alarm bells to curb the excesses they themselves created.

In an earlier blog, SFTT cited a few organizations that should have the decency to admit that their “science-based evidence” completely underestimated the effect that easy prescription practices would contribute to addiction.

I do not doubt that corporate greed has played a large role in this terrible prescription drug epidemic, but let’s not forget their important enablers:

More to the point, politicians of both parties deserve a large measure of culpability in providing pharmaceutical companies with the breathing space and easy access to peddle their lethal drugs to the medical profession and naive end users.

How the VA Fueled the Opioid Crisis

Just this last week, Newsweek describes in detail how the VA fueled the opioid crisis by prescribing potent prescription drugs to Veterans suffering from the effects of PTSD and TBI.

In 2011, veterans were twice as likely to die from accidental opioid overdoses as non-veterans. One reason, as an exhaustive Newsweek investigation—based on this reporter’s book, Mental Health, Inc.—found, is that for over a decade, the VA recklessly overprescribed opiates and psychiatric medications. Since mid-2012, though, it has swung dangerously in the other direction, ordering a drastic cutback of opioids for chronic pain patients, but it is bungling that program and again putting veterans at risk. (It has also left untouched one of the riskiest classes of medications, antipsychotics—prescribed overwhelmingly for uses that aren’t approved by the Food and Drug Administration (FDA), such as with post-traumatic stress disorder.)

The Newsweek article, written by Art Levine, goes into great detail how the VA let our Veterans down by prescribing prescription drugs to Veterans with PTSD with little – if any – required approvals from the FDA.

Like most other pseudo-science arguments spun by VA spokespeople, our brave Veterans did not receive proper therapy for PTSD and TBI but rather were served a concoction of addictive drugs that simply mask the symptoms rather treat the problem.

The VA then felt the need to discredit any other therapy programs for Veterans that might conflict with the limited “approved” VA treatment options.

While there does seem to be a strong effort to curb the use of prescription pain drugs, Art Levine points out that this has forced addicted Veterans to seek other alternatives:

Equally troubling, the crackdown on opiate prescribing—a swing from one dangerous extreme to another—may be contributing to an increase in heroin and illegal opiate medication use among veterans, as well as suicides from pain-wracked veterans going through poorly monitored withdrawal. (Even with new opioid guidelines, the number of veterans with opioid-use disorders increased 55 percent from 2010 to 2015.)

While recognizing the heart-wrenching impact of this epidemic is certainly an important first step, it seems ludicrous to suggest that the same cast of characters who created the problem should be the ones empowered to solve it.

Veterans, Veteran organizations and our political leaders have known for years that the VA is broken.   How many more needless Veteran deaths and suicides do we need to confirm the undeniable fact Veterans are not receiving proper care and treatment at VA facilities?

While 60 Minutes will no doubt cast a dark shadow on the pharmaceutical industry, shouldn’t their partners in crime stand up and admit their undeniable culpability?

Our Veterans deserve far better than the shady dealings between unethical drug companies and their no less reprehensible political benefactors.