Will Vincent Viola as Army Secretary Help Veterans with PTSD and TBI?

By all accounts, the selection of Vincent Viola for Army Secretary by President-Elect Donald Trump has received widespread bipartisan support.  Hopefully, a man of his military record and impressive private-sector track record can bring about competent leadership within the Army. 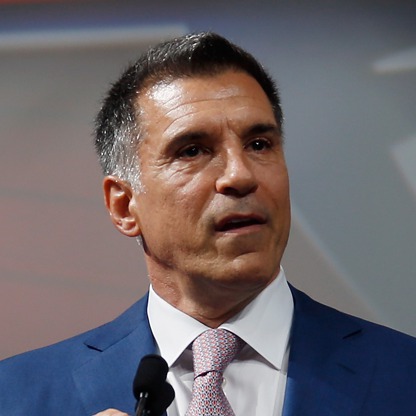 SFTT certainly hopes so, but is concerned that certain National Hockey League (“NHL”) Florida Panther business connections may cloud his judgement regarding Veterans and active duty personnel that have symptoms of PTSD and/or TBI.

Like the NFL, the NHL is also under the gun for its approach in treating concussions:

As has been the case in the NFL, repeated hits to the head in hockey can cause brain injuries, like chronic traumatic encephalopathy (CTE), a degenerative disease that leads to suicidal thoughts and erratic behavior. But unlike the NFL, which has been heavily criticized for its handling of concussions on the field, the NHL won’t acknowledge the risk of CTE.

Dr. David Cifu (the brother of Doug) is Senior TBI Specialist in the Department of Veterans Affairs (the “VA”).  In recent Congressional testimony (see video excerpt below) Dr. Cifu claims that he has treated “twenty thousand” brain injuries and “provides care for an NHL team” in treating concussions.  Could it be the Florida Panthers?

Clearly, Dr. Cifu is out of touch with the majority of physicians who treat PTSD and TBI. In fact, Dr. Cifu is largely responsible for blocking less expensive and far more effective therapy for Veterans suffering from PTSD. Will Dr. David Cifu’s toxic legacy continue after Mr. Viola is appointed Secretary of the Army?

As a counterpoint to Dr. Cifu’s grandstanding at the Congressional hearings, I recommend West Point graduate Maj. Ben Richard’s stunning analysis of how the VA treats Veterans with PTSD and TBI. How sad!

Rather than simply point fingers, SFTT has proposed a number of alternative treatment therapies.  One existing therapy, Hyperbaric Oxygen (“HBOT”) has been used around the world for some 50 years and many hospitals currently use HBOT to treat a variety of brain-related traumas.  More specifically, it is the go-to option for the Israel Defense Forces (“IDF”) for soldiers suffering a head injury in combat.

Nevertheless, the VA continues to avoid endorsing HBOT for lack of sufficient clinical evidence.  As SFTT reported last week, Xavier A. Figueroa, Ph.D. has written extensively in a well-researched article entitled “What the <#$*&!> Is Wrong with the DoD/VA HBOT Studies?!!” which refutes many of the “convenient” studies by the VA.

While other new therapies may emerge, HBOT currently provides tangible improvement in brain function.  Furthermore, it can be provided at a fraction of the cost of currently administered VA programs.    Best of all, it is available at hundreds of hospitals around the United States (SFTT highly recommends that all HBOT treatment protocols be reviewed to insure proper application).

On behalf of our men and women in uniform and the tens of thousands of Veterans currently suffering from some form of brain injury, we are hopeful that Secretary Vincent Viola can put an end to current dysfunctional leadership within the VA.