Dr. Orange and Coverups at the DoD and VA

SFTT reports frequently on the massive coverups, dishonesty and hypocrisy within the DoD and VA which continue to erode the confidence of the many thousands of men and women who have served our country so valiantly.

As we have stated on numerous occasions, SFTT takes no pleasure at all in doing so, but there appears to be no end to the deceit.  It is not all black and white – there is much good and healthy within the DoD and VA to be proud of – but their leaders do great harm to the institutions they lead by not being honest and forthright. 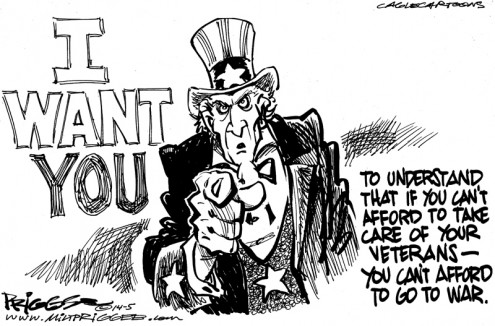 A recent article by Charles Ornstein of ProPublica and Mike Hixenbaugh of the Virginia-Pilot chronicles the sad story of retired Major Wes Carter who exposed the machinations of Alvin Young, aka Dr. Orange, to the terrible health costs of Vietnam Vets who had been exposed to Agent Orange.  Click on the hyperlink below to read this tragic article on how countless brave men and women are routinely sacrificed to assuage the ego of a paid consultant.

While this article is damning in-and-by-itself, Alvin Young’s template of deception is regularly used by the DoD and the VA to mask its gross incompetence and, more importantly, their failure to admit they are wrong.  In effect, “outside consultants” are regularly used by government institutions to hide the truth from both the public and the men and women they serve.

Do These Quotes Sound Familiar or Resonate with You?

Contrary to public opinion, outside consultants are often used to put distance between incompetent management and provide a layer of respectability to outright lies.  As we shall see, Alvin Young’s self-assured opinions (with the benefit of close to $7 million in incentives) are regularly used by consultants and the management of the VA and DoD.

Throughout, as an officer and later as the government’s go-to consultant, Young’s fervent defense hasn’t wavered: Few veterans were exposed to Agent Orange, which contained the toxic chemical dioxin. And even if they were, it was in doses too small to harm them. Some vets, he wrote in a 2011 email, were simply “freeloaders,” making up ailments to “cash in” on the VA’s compensation system.

In an interview and emails, Young defended his role. To date, he said, there’s no conclusive evidence showing Agent Orange directly caused any health problems, only studies showing a statistical association. It’s an important distinction, he says.

Young recently denied interfering with that research but took credit for helping to shut down a major Centers for Disease Control and Prevention study of Vietnam vets in 1987 that sought definitive evidence of a link between health issues and Agent Orange. Young said data on who had been exposed wasn’t reliable enough, though others argued that military records on spray missions and troop movements would have sufficed.

In 2006, under contract for the Defense Department, Young had produced an 81-page historical report listing everywhere Agent Orange had been used and stored outside of Vietnam, and emphasizing that even in those places, “individuals who entered a sprayed area one day after application … received essentially no ‘meaningful exposure.’” Among the scholarly references cited were several of his own papers, including a 2004 journal article he co-authored with funding from Monsanto and Dow. That conflict of interest was not acknowledged in the Defense Department report.

While some of these quotes or exposes may not resonate with you, they are precisely the same arguments that VA consultant, Dr. David Cifu uses to insist that only he knows how best to treat PTSD.  Ask yourself – or better yet, ask the VA – how many successful cases have been treated using existing VA protocols?

Similarly, why does the DoD hide behind a bevy of “disinterested” consultants and lawyers that threaten to expose the shortcomings of government issued body armor?  Is the truth too painful or harmful to someone’s career or job opportunity in the private sector?

The health and well-being of Veterans and active-duty personnel is too precious to be trusted to self-interested and opinionated demagogues. Once lost, faith in the intrgrity of our institutions is difficult to regain.