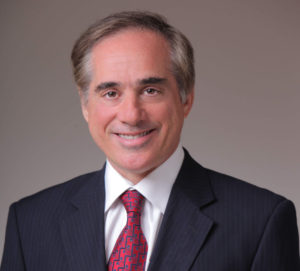 As 2017 draws to a close, SFTT is delighted with the early initiatives undertaken by Dr. David Shulkin to overhaul the Department of Veterans Affairs (“the VA”).

While SFTT still believes that the VA is “too large to succeed in its mission,”  we applaud the Herculean effort by Dr. Shulkin to regain management control of this large rudderless ship.

Found below are SFTT’s 2018 recommendations for Secretary Shulkin:

Continue Efforts to Purge the VA of Incompetent Staff

It is hardly surprising that reforms within the VA continue to be hampered by J. David Cox, President of the American Federation of Government Employees.  In fact, the President was obliged to create by Executive Decree the Office of Accountability and Whistleblower Protection within the Department of Veterans Affairs to protect “whistleblowers” from unfair retribution for reporting abuses within the VA.

VA Secretary Shulkin has the backing of the President, Congress and Veterans to weed out the “bad apples” within the VA, but will it be enough to overcome the stalling tactics of David Cox and the government labor union.  A responsive management structure focused on providing healthcare to Veterans is the goal, but will special-interest groups succeed in derailing Secretart Shulkin’s initiatives?

There are many areas within the VA that are providing outstanding care to Veterans.  Those areas – which need to be identified and nurtured – should be considered the core competency of the VA.  Invest in those are areas which are providing the needed health services to Veterans and question all others that may not be fulfilling that goal.

While Dr. Shulkin closed many underutilized facilities, it may be only the tip of iceberg.  Certain functions within the VA may have already outlived their usefulness and perhaps could be  better performed in the private sector.   Ridding the VA of peripheral activities will permit management to focus on its core competency.

One of the major criticisms of the VA is its penchant for attempting to manage everything in-house.   While this would be wonderful if it worked, the sheer size of the VA and its inability to react quickly and efficiently fails Veterans in their time of need.  The Choice Program is clearly a response to this dilemma.

Indeed, there are plenty of areas where Veterans would be better served through partnerships with the VA.  The VA should seize the initiative to partner with “stronger” local institutions in the private sector who can provide defined services to Veterans.

Distinguish Between “Managing Symptoms” and Therapy

The President’s Commission on Combating Drug Addiction and the Opioid Crisis is a clear wakeup call to those who believe that “treating symptoms” is therapy.   It is hard to escape the Commission’s damning indictment that “the modern opioid crisis originated within the healthcare system.”  More to the point are the following observations from the Commission:

“Unsubstantiated claims: High quality evidence demonstrating that opioids can be used safely for chronic non-terminal pain did not exist at that time. These reports eroded the historical evidence of iatrogenic addiction and aversion to opioids, with the poor-quality evidence that was unfortunately accepted by federal agencies and other oversight organizations.

Pain patient advocacy: Advocacy for pain management and/or the use of opioids by pain patients was promoted, not only by patients, but also by some physicians. One notable physician stated: “make pain ‘visible’… ensure patients a place in the communications loop… assess patient satisfaction; and work with narcotics control authorities to encourage therapeutic opiate use… therapeutic use of opiate analgesics rarely results in addiction.”

Indeed, the use of opioids to treat pain and depression symptoms is hardly therapy for Veterans with brain trauma.  While VA studies on the benefits of “medicinal marijuana” may provide Veterans with a less dangerous method to cope with the pain of traumatic brain injury, it doesn’t seem to offer much benefit as a long term solution to PTSD and TBI.

The VA should clearly distinguish between medical programs which simply “manage” symptoms and those programs that offer clearly therapeutic benefits without drug dependency.

The VA is regularly criticized – and often quite rightly – for its lack of responsiveness and administrative inefficiency.  While no doubt these criticisms will continue, one must applaud Secretary Shulkin’s decision to scrap the VA’s VistA system and replace it with the Department of Defense MHS Genesis to manage electronic records.

Sure, there are many who will not be happy with this decision, but the fact remains that it is far better to upgrade and improve the efficiencies in one BIG system rather than two.  While some Veterans may be concerned about the breach in confidentiality, one system to manage healthcare records should – over time – dramatically improve efficiencies.

It remains to be seen if the “wait times” often cited in IG reports can be significantly reduced.

SFTT remains hopeful that Dr. Shulkin will continue to push his staff in 2018 to provide Veterans with the care they deserve.