Several years ago, I had the honor to meet Judge John Schwartz, one of the early pioneers in promoting the benefits of  Veteran Treatment Courts. 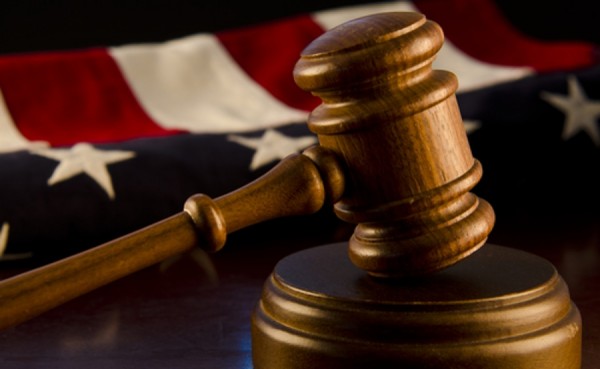 Drug Courts began to emerge in the nineties to deal more effectively with a growing drug problem in the United States.  As I wrote earlier,

Since the mid-1990, the US judicial system has recognized the need to deal with drug-related criminal activity and have established some 2,600 Drug Treatment Courts in the United States.  Drug treatment courts are specialized community courts designed to help stop the abuse of drugs, alcohol, and related criminal activity. Non-violent offenders who have been charged with simple possession of drugs are given the option to receive treatment instead of a jail sentence.   These programs have proven to be remarkably successful for reducing the level of recidivism in our prison system.

Capitalizing on the infrastructure and success of the Drug Treatment Courts, some 50 or so Veteran Courts have sprung up across the United States to deal with veterans who have committed a crime while suffering from substance abuse.  In many cases, these troubled vets have the support of other Vets (often from the Vietnam era) who “mentor” their military colleagues through the rehabilitation process.

Since then, Veteran Treatment Courts exist in every state in the United States.  These Courts provide Veterans with PTSD and substance abuse issues with an alternative to serving time in a federal or state penitentiary.

As the video from Justice for Vets explains below, Vet Courts provide Veterans with a second chance to recover their lives with the support of wise counsel from fellow Veterans, judicial system and law enforcement officers.

Aside from the fact that this appears to be a most sensible way to provide brave Veterans with the steady supportive counsel of a fellow Veteran, the Vet Court system has also reduced our prison population and cut recidivism by almost two-thirds.

While the Veteran Court system was largely the inspiration of community judges, law enforcement officers and a supportive community, the Department of Veterans Affairs (“the VA”) has been playing an active role in supporting these local and State programs since 2008.

Currently, there are approximately 220 Veteran Treatment Courts functioning in the United States with many other communities seeking to establish similar programs of their own. In fact, Justice for Vets recently provides a great deal of direct support and information for communities seeking to establish their own Veteran Treatment Court.

While 2017 applications for Justice for Vets support are currently closed, communities interested in this initiative would do well to contact Justice for Vets for more information on the Veteran Treatment Court Application Process.

Now, there are some – perhaps, many – who are opposed to any “special treatment” provided to people who break the law.  Nevertheless, the “cost” of incarcerating individuals who break drug laws and their exposure to hardened criminals seem to outweigh any potential long-term benefit to society.

For years, the VA has been serving up a cocktail of drugs to Veterans suffering from PTSD.  Only now have we come to the realization that this may not have been the proper way to deal with this serious problem.  In fact, opioid abuse is now an epidemic across the U.S.   One could argue that our Veteran population was well aware of this problem long before it hit mainstream America.

Should Veterans be subjected to incarceration, because the VA support system erred so badly?  I think not!

In May, we celebrate Drug Court Professionals across the United States who have contributed both their time, money and expertise to combat drug abuse in the United States.  If your community is currently planning – or thinking about – establishing a proactive response to drug abuse then you may well want to register for the NADCP Training conference that will be held this year in Washington, D.C. from July 9 – 12.

Justice for Veterans is a co-sponsor of this training conference and SFTT salutes those professionals who are giving their time and energy to fight drug abuse in America.